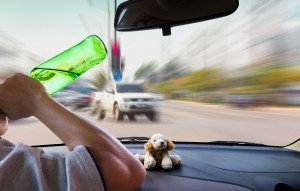 As in the rest of the country, drunk driving is a persistent and dangerous undertaking that can take innocent lives and hurt family, friends co-workers, and classmates.  The statistics are alarming.  In Texas in 2014, 3,189 persons were killed and more than 92,000 other persons were injured in drunk driving auto accidents.  If you or a loved one has been hit by a drunk driver in Fort Worth, contact a Fort Worth Auto Accident Lawyer at Stoy Law Group, PLLC.

By any standard, these are frightening statistics that not only cause loss of life but also cost billions of taxpayer dollars. Drinking and driving is a crime that can be punishable by long prison sentences and Texas courts are under pressure to clean the state’s drinking and driving record.

The obvious solution is to eliminate drunk driving and groups like Mothers Against Drunk Driving (MADD) aggressively pursue strict enforcement and stiff penalties for violators. However, whichever end of a drunk driving offense you might be on, you should immediately retain the services of an experienced personal attorney.

Drunk Driving Statistics You Should Know

Across the country, a drunk driver is considered any person who drives or attempts to drive and has a blood alcohol concentration (BAC) of .08 or higher. There is not much mystery to this quantitative description. Drivers that register .08 BAC are drunk drivers.

These are intimidating numbers that underscore the need for personal injury lawyers in Texas.

There are several laws that directly pertain to drunk driving:

If you or someone you know is injured in a drunk driving case, it is time to retain counsel with an experienced personal injury attorney from Stoy Law Group, PLLC.

Call 817-820-0100 to receive a free consultation and case evaluation. Do not delay. Drunk driving accidents are serious and require immediate expert legal advice.