What Gives Us the Right to Form a Union? 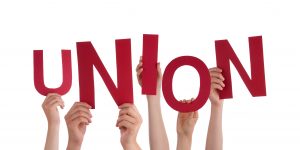 Union activity is a protected right under the National Labor Relations Act (NLRA). The NLRA protects the right of employees to engage in protected concerted action for the improvement of wages, benefits, and working conditions. Workers may also engage in union activities and support a union.

Employees have a protected right to attempt forming a union.  Where a union already exists, employees may attempt to decertify a it.  This usually happens when there are no employees to help support the previously formed union.

Examples of employee rights include:

The Board agents gather evidence and often take affidavits from parties and witnesses after a complaint is filed. After investigation, the board sends their findings to a Regional director who reviews it.  Sometimes, in more serious cases, the complaints are reviewed by an NLRB attorney.  You can expect a decision on a complaint within 12 weeks.  That being said, sometimes the NLRB takes longer.  It is during this time period that the claims are usually settled.

It is illegal for an employer or union to retaliate against employees for filing charges or participating in NLRB investigations or proceedings.

Do I Need a Union Lawyer?

Filing and handling complaints for NLRA violations and dealing with the NLRB can be quite complexing and time consuming.  Some people have managed to handle these issues on their own.  But those who we’ve spoken to who have, said they wish they would have just hired a union lawyer to help them.  If you need help with your NLRA claim, contact a Fort Worth union lawyer at Stoy Law Group, PLLC today for a free consultation.  You may contact us via phone at (817)820-0100 or fill out an online case evaluation.