Warriors For Justice Blog Are Texas Juries being kept in the Dark about Insurance? 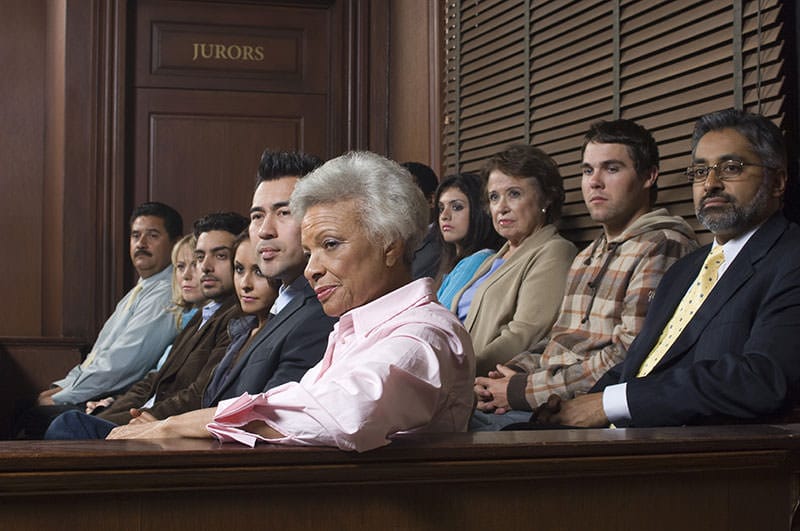 In personal injury lawsuits, the fact finder is supposed to determine whether the defendant is liable to the plaintiff. There are two types of trials: bench trials, and jury trial.

During a jury trial, the Judge informs the jury about the law, and the jury is supposed to take all of the information that they learn at trial and apply the law to the facts.

Lawyers and clients want to use every available avenue they can to persuade the jury to rule in their favor. As such, lawyers like to present juries with all the relevant information during the trial. It would make sense for all of the relevant facts to be disclosed to the jury. However, sometimes lawyers are prevented from disclosing certain facts to the jury. Thus, some people argue that Texas juries are left in the dark during the trial.

Why does this rule exist?

Defendants want to make sure that the jury is not swayed by the knowledge that insurance is involved. The reasoning behind the rule is that a jury could potentially award the plaintiff more compensation if the jury knows the defendant is not personally liable for the damages.

What are the arguments against the Rule?

On the other side, some people argue that the jury should be able to know whether the defendant has liability insurance coverage because the jury could be hesitant to award the plaintiff a large sum of money if the jury is sympathetic to the defendant.

In other words, the jury would be able to use the information that relates to insurance in a responsible manner in order to determine proper damages rather than being left in the dark.

Are there Exceptions to the Rule?

There are instances where information relating to the defendant’s liability insurance can be disclosed to the jury.

For instance, information relating to insurance coverage is admissible when insurance coverage is related to a disputed issue.  In certain situations, lawyers can also mention insurance during the process of voir dire.  For example, the Texas Pattern Jury Charge requires the judge to instruct the jury that they are not allowed to consider whether the defendant is covered by insurance.  A skilled plaintiff’s lawyer, may and should question the jury about whether they can follow this instruction.

How can insurance companies use this rule to their advantage?

Insurance companies will often do anything they can to avoid paying plaintiffs damages. One way that the insurance company can accomplish this goal is to utilize the rule that prevents disclose of the defendant’s insurance policy.

Insurance companies take advantage of the fact that the plaintiffs’ attorney cannot disclose the defendant’s insurance coverage. The driver (or the person who is responsible for the accident) is required to be named as the defendant in the lawsuit. For more information on this issue, read our blog on “Who Do I Sue After an Auto Accident or Other Personal Injury?”

A New York woman recently sued her twelve-year-old nephew. The woman claimed that the nephew broke her wrist when he jumped into her arms at a birthday party. The woman attempted to recover her medical bills from the nephew’s parents’  homeowners insurance policy. The insurance company offered the woman $1 to settle the claim. The woman was essentially forced to sue her nephew because the insurance company would not budge on its $1 settlement offer.

During the course of the trial, the woman was slandered all over the media. The jury did not award her any compensation. After the verdict, the woman explained that she was suing her nephew so that she could reach the insurance policy.

There is no way of knowing whether the jury would have awarded the woman any compensation if they had known the woman’s true intentions behind the lawsuit. However, some people argue that trial would have been more fair if the jury was allowed to know that the insurance company would be paying the damages that the woman was awarded.

If you have any questions, don’t hesitate to contact our office. We are here to help!