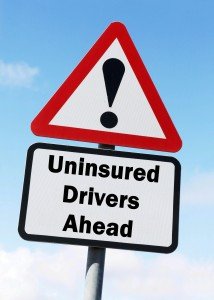 It is safe to say, that while the law is clear regarding UM and UIM claims and related insurance coverage, these claims can be complicated and surprisingly challenging for inexperienced attorneys. Uninsured and underinsured motorist claims can quickly go awry in the hands of less experienced lawyers.

Texas passed uninsured motorist legislation to protect its citizens but the system is difficult to navigate when challenges occur. Many passengers and drivers do not fully comprehend the many instances where uninsured and underinsured motorist claims can arise.

Uninsured motorist coverage protects passengers and drivers in a number of unexpected situations, including:

In many cases, more than one uninsured/underinsured policy may apply to your case and offer opportunities to help pay your medical bills and compensate you for pain and suffering.

What is Uninsured and Underinsured Motorist Coverage

In Texas, every auto insurance policy is mandated to include at least minimal UM/UIM coverage. Under Texas Insurance Code, underinsured and uninsured motorist coverage is presumed to exist unless the insured denies coverage in writing.

Uninsured and underinsured auto insurance extends to named insured and any family members, who are defined as persons who reside at the same address as the named insured.

Under this coverage, the insurer will pay the damages to a covered person. This applies both to bodily injury and personal property damage.

Understanding this structure makes it easier to see why legal representation is recommended in uninsured motorist claims and for underinsured auto claims.

Is the Motorist Uninsured or Underinsured?

According to Texas Insurance Code, an underinsured vehicle is one that has some insurance but the policy limits are less than the amount of the claims against said coverage. If you have ever dealt with an insurance company, you know these cases can be contested vigorously.

The method to determine whether a motorist was underinsured changed in 1989 and effectively opened a Pandora’s Box of disputes over legal limits to claims.