Warriors For Justice Blog Who will be responsible for self-driving car crashes? 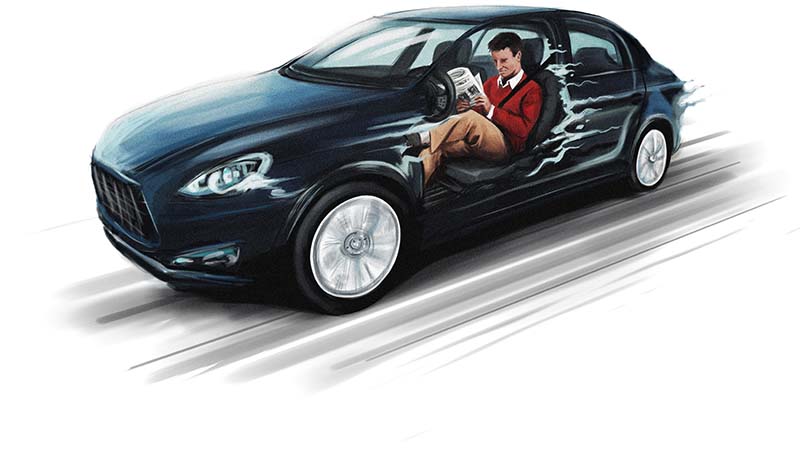 What is a Self-Driving Vehicle?

Self-driving vehicles, otherwise known as autonomous vehicles, are vehicles that have the ability to run on autopilot mode. The car has the ability to detect changes in the environment and respond to these changes without any human input.

Why are Companies developing Self-Driving Vehicles?

The leading cause of car crashes is human errors. In fact, human errors account for 94% of crashes. Self-Driving cars are being developed in order to make roads safer. Numerous major companies have developed self-driving vehicles. Telsa, and other technology companies believe that self-driving cars will greatly reduce the number of car accidents in the United States. (http://www.pbs.org/newshour/rundown/driver-killed-in-self-driving-car-accident-for-first-time/)

Are Self Driving Cars Completely Safe?

Unfortunately, self-driving cars can still be involved in fatal accidents. For example, forty-year-old Joshua D. Brown was killed while in a car that was set to its autopilot mode. The crash occurred when a tractor-trailer made a left hand turn in front of Brown’s car. This crash puts some doubt about whether autonomous vehicles are fully capable of making quick decisions that are necessary in order to save lives. The crash also puts pressure on companies that market autonomous vehicles to prove that the technology has progressed enough to operate safely.

What are the Legal Implications of Self-Driving Cars?

Technology is always evolving, and as it evolves, society is presented with new legal issues.

But, it is also possible that cases involving self-driving cars will open up liability to a whole host of new defendants. These new defendants include computer programmers (those who designed the algorithms that the car runs on) and mapping companies. The issue of who will be responsible for accidents involving self-driving cars will likely be litigated in the near future.

First, the car manufacture is probably in the best position to ensure that the autonomous car is safe. These companies have been running numerous tests in various different environments to make sure that the autopilot feature is functioning properly.

In addition, if these manufactures are held responsible for damages that self-driving vehicles cause they may be more likely to invest more resources in research and technology development to ensure that the self-driving vehicle is operating correctly.

There are also disadvantages to products liability causes of action. One of the biggest disadvantages is that defendant manufacturers will be liable even if they did nothing wrong.

Under a theory of strict liability a defendant is liable for injuring a plaintiff even if the defendant exercised due care. This could cause some companies to resist developing new autopilot technology because of fear of legal liability if something goes wrong.

Some have argued that the owner should be held responsible under a theory of negligence because a reasonably prudent person under same or similar circumstances would not operate an automatic vehicle. Thus, people who operate these vehicles breach their duty of care when they do so.

It is likely that plaintiffs who attempt to bring a negligence cause of action against operator of self-driving vehicles will face causation issues. If the person who put the car in autopilot did nothing wrong, the plaintiff may not be able to prove that the defendant’s actions caused the plaintiff’s injury.

What is next for Self-Driving Cars?

Five states have enacted legislation that concerns how automated vehicles will operate in their state. It is likely that more states will do so in the near future. It is also likely that companies will continue to develop this technology. In fact, many companies plan to release self-driving cars to the market by 2020.